Oh dear, I haven't had a rant for a while, have I?
You see, I'm having trouble writing at the moment, because EVERYTHING is getting on my nerves! 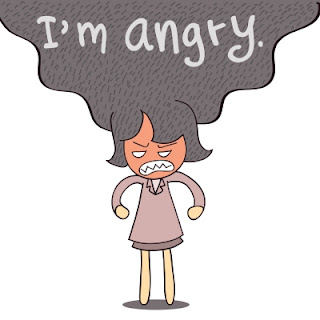 Honestly, I don't know if it's my age, or the world is going crazy, or I'm going crazy.

I can't read the news anymore. It's all Trump and May, otherwise known as dumb and dumber. I have no idea how Trump is running the USA, is it good or bad? Who knows, the man is being too crazy for us to unearth if he's actually any good!? Then May, it seems the national papers are too busy, with the nonsensical, to actually get to the truth of what's going on, particularly re: Brexit. It's just chaos, topped off by another loon, Boris, spouting off his own version of crazy every week.

I don't have the energy to sift through the crap, to find the real news. It really does feel like the monkeys are running the zoo!

Then, the royals.......dare I even mention them? I'm actually a fan of the Royal family, don't slate me: I don't care. That's the problem though, isn't it, everyone has an opinion on them but no one is allowed to be right! I mean, without them we would have a president instead............yeah, that's going well for other countries isn't it? Can you imagine someone like Boris, actually running our country, with no one to answer to?! Then there's a the financial side, that's a whole other argument that I can't be bothered with.

I barely go on Facebook these days, not to the extent I used to. Every one just seems to moan or argue, I remember when it used to be about keeping in touch. These days it's full of cryptic messages, mainly aimed at insulting others. When did we stop being 'live and let live' people?

Don't even get me started on the latest Autism stories. The most recent two I've read? That it's caused by screens and radio waves OR a lack of vitamins during pregnancy. Who comes up with these things!? I feel guilty enough, as a parent, without this nonsense making me feel worse. I wouldn't change a thing about my boys, even the tough days have taught me valuable lessons!

I feel judged for everything, these days, on or offline. One of the things I constantly get judged for, sometimes not so subtly, is having my hair coloured, or my nails painted! Mainly about how I can afford it.
Firstly: Non of your f**king business!
Secondly (and for the last time): I rarely drink, I gave up smoking (I do vape), I don't go on foreign holidays and I'm very careful with my money.
Right, can we leave that alone now????

Why are we all so bloody judgemental? I don't care how you're living your life, as long as you're not hurting anyone and you're safe and well.

I know I love a rant on here, and I know others like me doing it, it's not going to change anytime soon. Like I say:

EVERYTHING IS GETTING ON MY NERVES!

Anyway, have a good week all!
I'm off to drink coffee and hide from the World. 😁