Weekly round up time!

I haven't done one of these for a couple of weeks, I am only rounding up this week though! So, in Wales, the school holidays have finally begun! 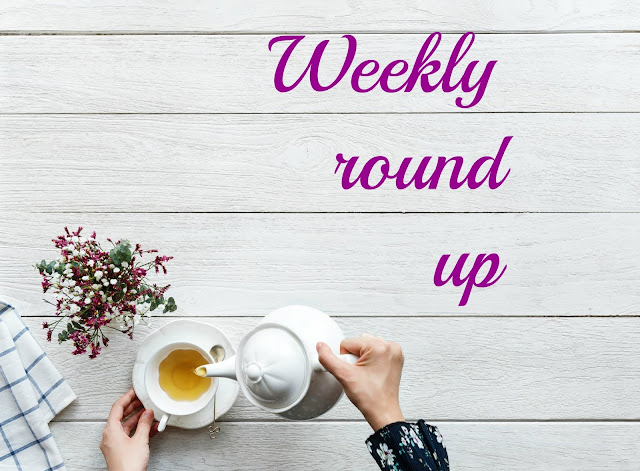 Most people look forward to these because it means a summer holiday is due. Us? We are looking forward to the lie ins! We won't necessarily wake up later, Ajax ensures that, we just don't have to get out of bed as early. This past week, even though both schools officially finished Monday, we've still had early starts. Our middle boy goes to a local initiative, called RecRock, a kind of rock school for teens.

He's a keen guitarist, so this is a fun thing for him to do. It also ends with a concert, this year at the Big Cheese, an annual festival in Caerphilly. The people who run the rock school are great confidence builders, encouraging the children to go outside their comfort zones. I've always known that RJ could sing, but he won't believe me because I'm his mum! This year, they managed to get him to sing, the outcome was incredible:

We are so bloody proud of him! This was not an easy thing for him to do, but we think he nailed it.

Apart from that, this week has been quite relaxed. I find my boys need time to chill, after finishing school. The great thing about that? I get time to do stuff for myself.
Two things I wanted sorted? My nails and hair. I don't spend a great deal of money on myself, on anything if I'm honest! These are the two things I love, just for me, so this week included my nails being painted, and my roots being sorted. Obviously this means chill out time for me: 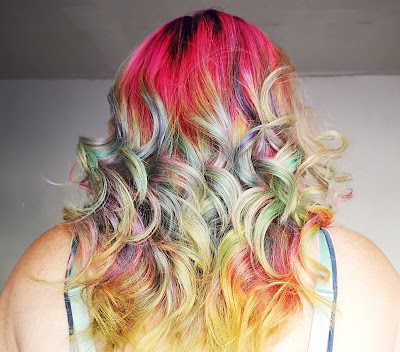 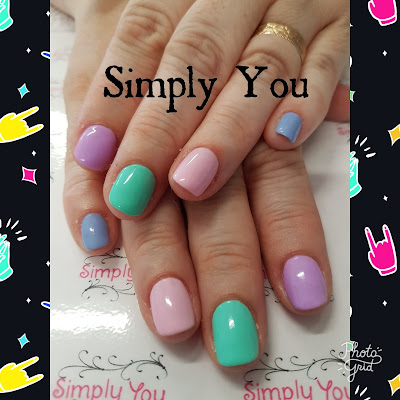 One little rant I would like to have, that has really struck me this week, is the state of our local Council. Two instances have really riled me, this past week. Firstly, we have a bridge, local to me, that has had several suicides, or attempts,  since opening. A local group of residents got together to put personal notes on the bridge, just something to make people stop and think, before they do something irreversible. Our local council decided, despite evidence from other parts of the country that it works, to remove the signs. Their reasoning? The notes were distracting to drivers?!
I mean seriously?!
They were only noticeable if you were walking, the road signs are more distracting!

Another way they have totally failed, in my opinion, is accessibility. If I want to do anything that involves walking, or spending a day out, Ajax needs a wheelchair, for ability and safety. This Saturday it was obviously needed, as we wanted to watch RJ at the Big Cheese, what a work out it ended up being!

There was very little disabled parking, which meant a struggle for both me, pushing the chair, and my hubby. There was parking provided on the outskirts of town, with a small payment, a reasonable walk for the physically able. However the pavements, to the actual castle, where the event was being held, are uneven, sometimes not wide enough for people to pass each other. Most places didn't have dropped edges, I can't imagine how hard it was for people pushing other adults. Unless you used the main entrance, which meant crossing busy roads, you had quite difficult pavements to navigate.

As I stated, this is an annual event, improvements should have been made over time! I can't see me going again, which is a pity as it's a magnificent event.

Come on Caerphilly Council, shape up.

Anyway, that's this weeks round up (and rant). I hope you are enjoying the school holidays, I'm looking forward to a week of washing and ironing, before our little holiday to London.

Email ThisBlogThis!Share to TwitterShare to FacebookShare to Pinterest
Labels: accessibility, hair and nails, rock school, round up, singing