Yesterday (Wednesday) was not a good day, to start off. Although Ajax is much better going to school, we still have days of refusal, for no apparent reason. Yesterday was one of those days.

I tried bribery, cajoling, eventually turning in to the bad guy. It took me 15 minutes to walk up the road to school, about 200 yards! I'm lucky that his school/class is very understanding of this difficulty, however, it's still not pleasant seeing his teacher having to gently push him to his class.

One of the reasons I continue the fight is because I know he's ok when he's there. I'm lucky our school is tech savvy, and make use of educational apps that mean I can contact his class, in a way that doesn't unnecessarily disturb them.

I sent a message to ask if he was alright, expecting a response eventually, I know they have their hands full. Within the hour, this picture appeared on an app: 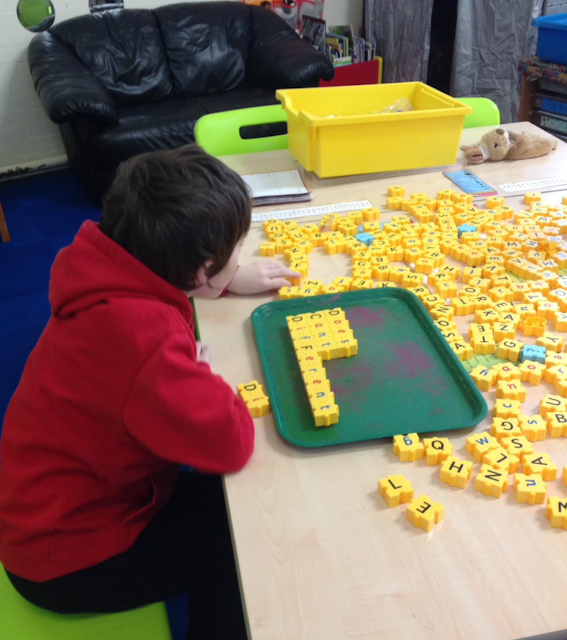 I cannot begin to explain the relief, knowing that he's not having a meltdown, bolting or hiding in the sensory area. As a parent it's hard leaving your child in the care of another, as a special needs parent it's a constant worry.

He came bouncing towards me at lunch time, my usual happy little boy. Yes, I spoilt him for lunch!

The rest of the day went well, RJ came home in a good mood (his day had not started in a particularly chirpy manner, either) and Ajax was back to his usual self.

Then Ajax did something unheard of, without even realising.. 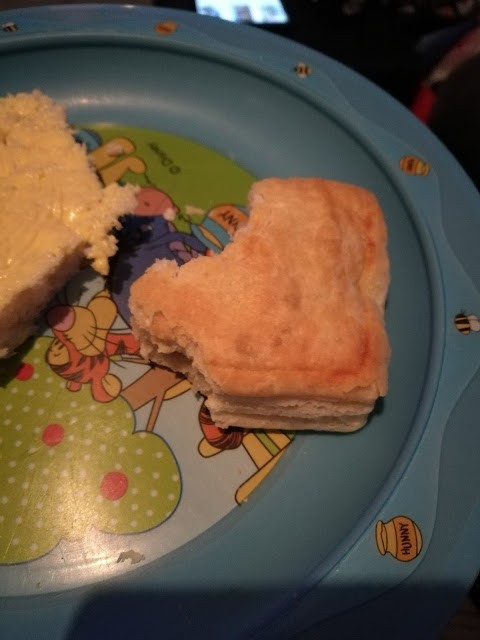 He ate half a pasty!
Yes, it's not healthy, but don't even comment on that, unless you have a child with issues around food. Most days I'm just glad he's eating.

The whole day ended up being stressful and exhausting, but ended well. Not all days are like this, some are easier, some harder. It's just what normal looks like for us.