There are two things that have really smacked me in the mouth, the past few months. No.1 is that I now own a 19 year old.......and one that is ready to leave home. Secondly, I come to realise how hard it is, without his support.

After a bit of a difficult year, regarding his mental health (I'm not going in to details, it's his to tell), my eldest has decided to apply for University. It's so hard watching him, patiently, waiting for the decision on his application!

I thought, as he was going to Cardiff Uni, which is not too far from home, that he would stay at home.
Nope.

He has decided to move out. He isn't even looking at student housing, more rental properties outside the city. The boy he wants to share with isn't going to Uni, he is working, so student housing isn't suitable. The thing is, this means he's not coming back........My baby is ready to fly the nest.

I've only just got used to him shaving!?

The 2 youngest are (very) slowly coming around to the idea, but only because they'll get a bigger bedroom out of it! (I'm going to do some manoeuvring, not renovation).

Then this weekend we had some shopping days, and I've realised just how hard it is when he doesn't come with us.

Saturday wasn't awful, just tiring. Ajax has discovered Pokemon Go, this is a good thing because he's actually asking to leave the house! Unfortunately, the only way he could do a long walk, and cope with people, was to go in his wheelchair. I live in a very hilly area...........ugh.
My thighs and butt feel like I've done 1000 squats!

Then yesterday (Sunday) we went into Cardiff city centre, to spend some of RJ's birthday money. We would normally go as a family, but biggest was working last night, so was left in bed. By the time we had done 2hrs in Cardiff, my head was fried!

Let's break this down for you: I have one child that is autistic, and doesn't have the strongest legs. He goes in a wheelchair, which is down to me to push.

My RJ has high functioning autism, which means he has no patience and has to do everything at 100mph. If things aren't going EXACTLY his way, expect all kinds of hell to rain down on you.

Add to this, they both talk non stop, with no consideration for any one else talking, including each other.

Then there's my darling Mr. Ojo. He now struggles to walk too much, and when he does it has to be slowly. Oh, and he also has difficulty hearing!

I know my biggest has to spread his wings, but boy am I going to miss him.
In fact, his life is so busy I'm already missing him!

However, the one big advantage of going to Cardiff, is seeing my favourite building and getting some pictures: 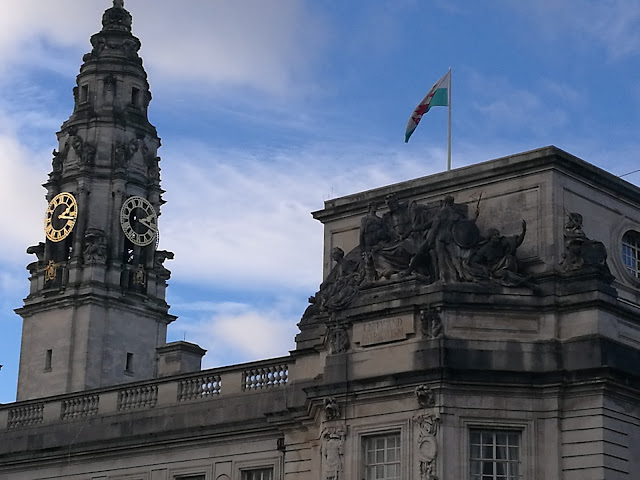 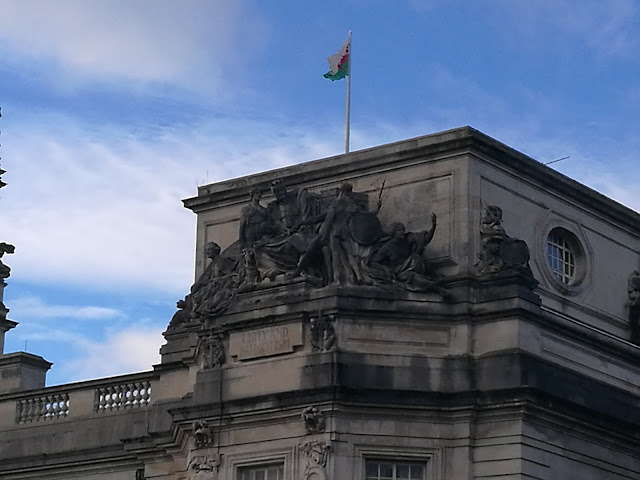