I was recently sent the touch screen cleaner, by Cyber Clean, to review.

I know, big wow, a bit of spray and a cloth and that's all you need.
Yes it leaves it a bit streaky, but that's ok, right?
No, actually, that's not alright!

What if you could clean it, then keep it clean? 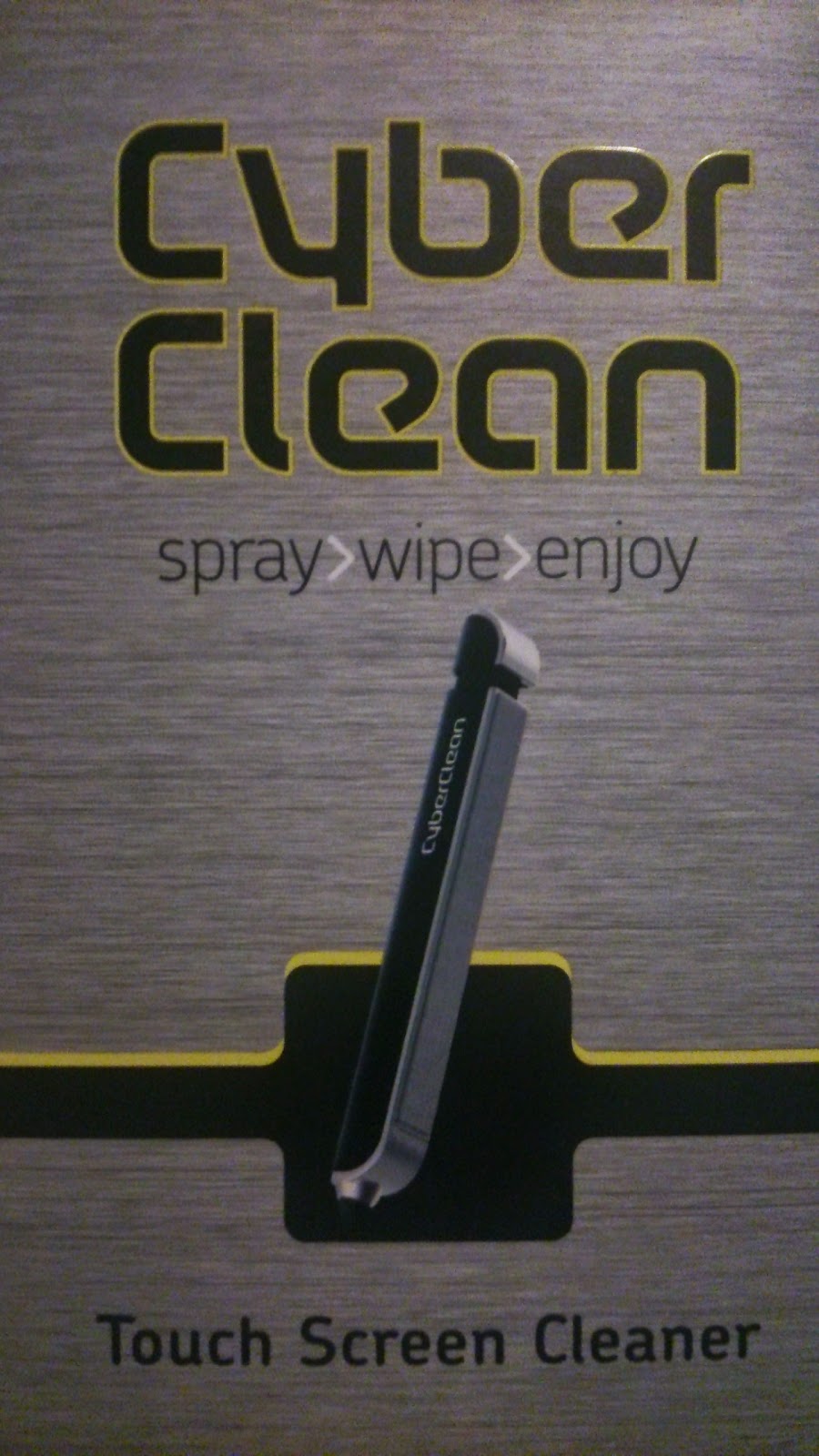 It's a genius little design, really. The stylus contains the spray, and the wiper. I'm not normally one for a stylus, I find them far too flimsy. I like this one though, it's a bit bigger, because of the cleaning fluid, but not heavier. It's much easier to handle, because of this. Plus it comes with a clip, to attach it to your phone, or tablet, case. They really have thought of everything.

If you want proof of its cleaning power, I took a photo, mid clean, of my little ones IPad:

How's that for proof!

When you have a teens and tweens in the house, and autism, phones and tablets become a way of life. Keeping them clean is not easy!

Also did you know that on tests of certain tablets/keyboards, there was more bacteria found, than on some toilet seats!
That's a worrying fact.

With this 3 in 1 system, the boys are loving it so much, they're actually keeping their own stuff clean!

I think my only complaint is.......I only had one! I have to keep hunting mine down, from one of their bedrooms.

It comes with 3 extra tubes of cleaning fluid, that are really easy to swap around.

At £10.95 I, personally, think it's a bargain. You're not going to run out in a hurry.
Give it a try, I would highly recommend it.