Sometimes when raising an autistic child, the simplest things can be huge.

Today my son went to a birthday party. This is a big achievement in itself.

The children at the birthday party, I have to say, were
A-MAZ-ING!
The little girl, who's party it was, rushed up to the DJ and asked him to turn the music down, when she saw A come in!?

Such thoughtfulness, and tolerance, of his differences make me smile.

Anyway, I strayed off point a little.

The party had a Frozen theme, with characters visiting and face painting. The little girls were getting Olaf's and glittery snow flakes. The boys were getting.........Spiderman!

On seeing the faces, A mentioned getting his done. As he'd said it from under the safety of my coat/blanket, I wasn't sure how serious he was. Add to that, he would never let someone mess with his hair and face.

To my surprise, when I asked him a little later, he still wanted it!

I took him over to be done and he sat there a while, but the music was a little loud again, so I got some headphones out of my bag. He sat there patiently like this, while waiting his turn.

Then he sat in the chair! (by this time Mr. Ojo had arrived and was chatting away with him).

I wandered over to the bar to get us something to drink. When I came back he was almost completed!?

This was the end result: 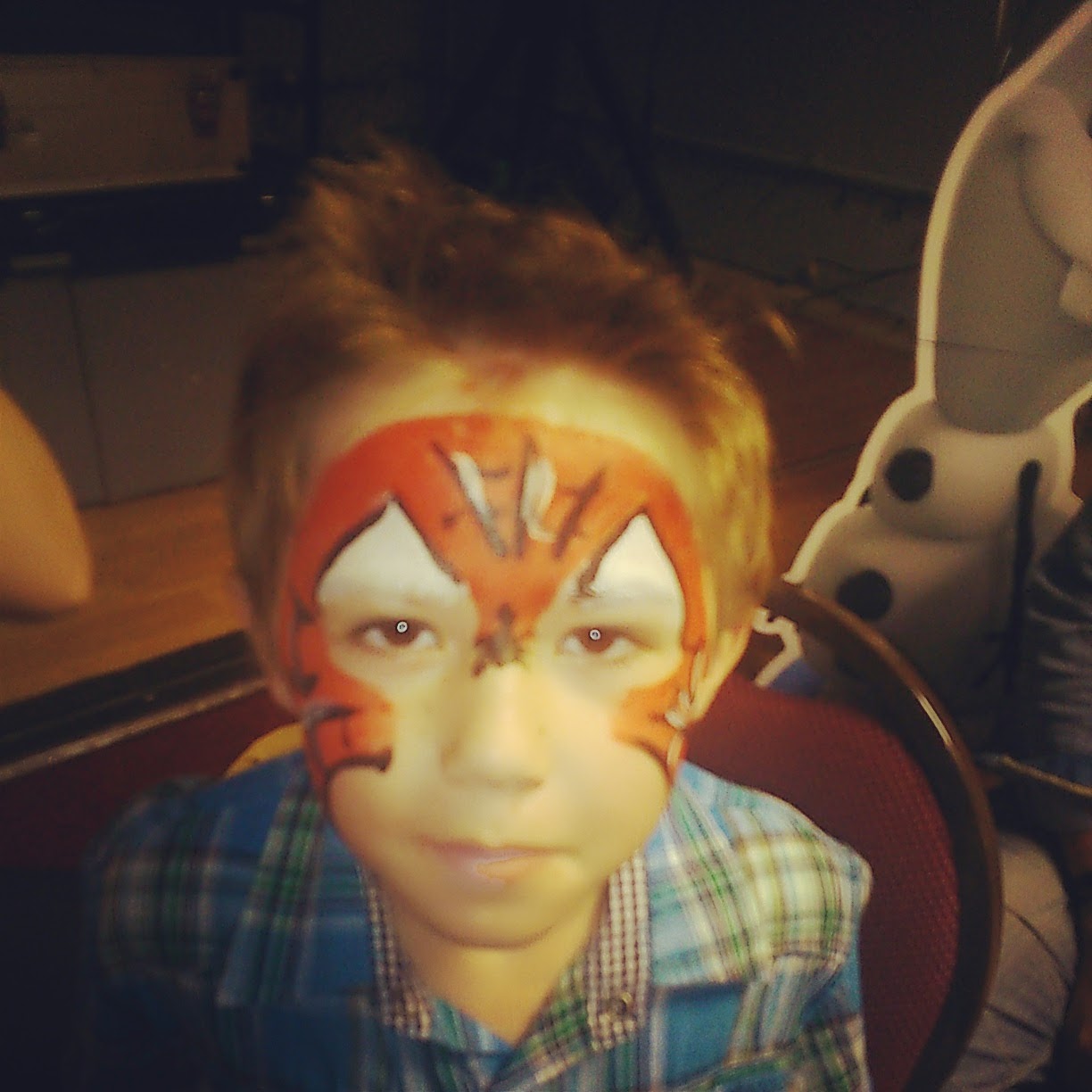 How freakin' awesome is that!?

My son, allowed someone to touch his face.
Allowed them to paint his face.

I was so proud, I cried......right there in the middle of a child's birthday party. Luckily, the mothers around me understood.

Today was such an amazing day.
I just had to share such a milestone