I am about to give my honest, and a little controversial, view on something.

I am tired of hearing 'in my day' (hence the title). In your day life was harder, in your day you had to do so much more. In your day, we would respect our elders. In your day we would spend all day playing ball.


Lets review how everything actually was in your day, compared to ours.

1. You would use Terry towelling nappies.
Great! You would spend hours boiling out nappies, stinking the house out with poop. You had to work out a way to dry them, so they would be hanging everywhere! Are you telling me you would not have used disposable if they were readily available? Or the much easier re-usable nappies that are available now? Or that you would not have used a electric washing machine? I remember my mum spending all day over the twin tub, which in itself was better than hand washing.

2. You got to play out on the streets/park for hours with your friends.
Oh, this one really get me riled! Firstly, if you (the people who go on about 'my day') saw a group of teens/tweens in a field, with a football, in a field, what would you do? You would walk around, instantly brand them as 'bad kids' because they were being a bit loud of boisterous! On top of that, there are NO PLAYING BALL signs everywhere, apart from open fields, of which there are less and less.

3. Mothers mostly stayed at home and fathers brought in the income
Yep great, you were amazing I am sure. However, quick question, had the government/local council, stopped building houses? Or did they sell off all the Council houses to private tenants? No they didn't! You lived in a council house, for cheaper rent. You could afford the upkeep. If I didn't want to live on a rough housing estate (as it was then), I had to buy my own home..........which by the way, is and ex council house! To pay my mortgage, bills etc. I had to work, part time around my husband. I only don't 'work' now, because my children have additional needs. I have to rely on Government hand outs to keep up, do you think this is a choice??

4. We had respect for our elders
I have respect for my elders, so do my children. What about you? Do you have respect for me? More and more these days I see pensioners being increasingly rude to the younger generations. It's not on. I actually told my youngest, the other day while out walking, that as you get older you sometimes forget your manners, as a way to explain why the older couple had basically barged past him, while we were out feeding ducks.

5. Teachers and Schools were strict, exams were harder.
Hmmmm. Really!? Thanks all the same, but I don't want a teacher that will slap my sons with a ruler because they are 'out of line'. That is assault, can you prove that they did it because you were naughty? What if a teacher simply takes a dislike to someone? I think a certain level of professionalism is a must, but if someone laid a finger of one of my children there would be trouble! As for easier exams, no I don't think so. My son has worked his butt off for his GCSE's and is looking hard at his college options (but that's another post).

This is more of a 'part one' post, as this really does get me furious with the older generations. Leave our children alone. Also on a side note, if you don't like the way we have been brought up............who actually brought us up??? 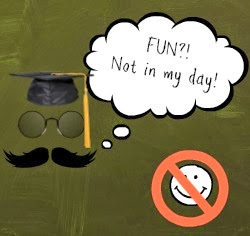 Email ThisBlogThis!Share to TwitterShare to FacebookShare to Pinterest
Labels: changes, In my day, respect, update