Today, and actually for the most of last week, my son has been asking me to 'play'.

This probably doesn't sound like a big deal for most of you, you're children are always nagging to do something. My son doesn't though, he'll play in his own little world all the time, he'll play opposite me. But he won't actually play with me.


Even in school, although his interaction levels are improving, he gets annoyed if they try to make him play with anyone out on the yard. He just wants to do his 'remembering'. I've mentioned this a few times, it's basically when he runs back an for, while talking to himself.

This week he has been home ill, he has a terrible cough and bad chest. In all honesty he could of gone back to school around Wednesday, but if I'd done that he would have passed it on to others, then probably got a lot worse himself! It was not worth it. While he's been around me he has been asking me to play 'levels' with him.

Where he has seen games played on YouTube (one of his favourite things to do), he wants to emulate it........with me!! It's been great!

He has instructed me, and interacted with me, lovely. He also doesn't realise that I've been using this time to learn.........Sneaky mom!

Today, I took it a step further and got this out: 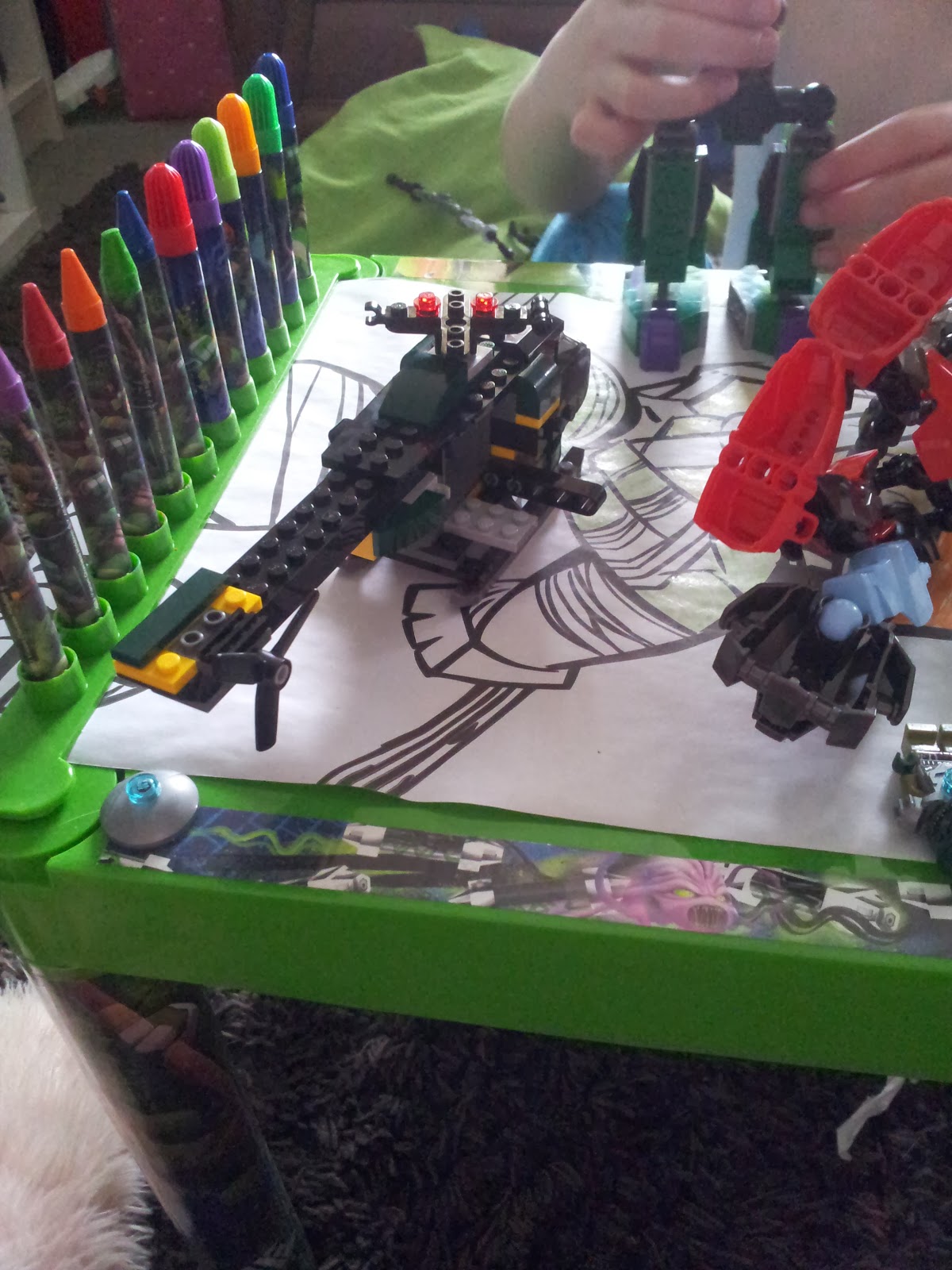 I said it would make a good 'level'. Each time we defeat a boss, we have to colour in a part of the Turtle picture (under the toys). This has encouraged:

Fine motor skills, holding the pens and crayons to colour.
A lesson in sharing, taking turns and accepting ideas
Imagination, thinking of new and creative ways to play
Numbers, counting down how many lives we have left

I often worry about my parenting skills, but this has really given me a confidence boost. I am doing something right! I am not saying this would work for every parent, who has a child with autism, but these have worked for us this week.