An Update + my Reasons to be Cheerful

Yesterday I wrote a post about the day trip, with little A, that I was not looking forward to. I thought I should write an update today.

It was a good day!

He was happy this morning that I was going to school with him. I was pleasantly surprised......there were other parent volunteers! Yay!

So lets take yesterdays worries one at a time:


Firstly. It turns out, they had asked a few parents to come along, to make sure the ratio of adults to children was sufficient for safety. It was just me and A, but there were also other parents that were 1 2 1 with their children. I spent most of the day with another mother and her son.

Secondly. Yes the last time I went to a farm it was a nightmare to leave, he didn't really want to leave this time. But I gave him a countdown, we talked about when it would be time to leave, and it went ok. He wasn't happy, but I explained what we had said, and he accepted it. He did have a bit of a meltdown when we got back to school, as the bus had driven past our house! However, thankfully, daddy has a week off and came up the school to get us.

Finally. As the school had secured enough volunteers, all the groups were quite small. Most groups were 3/4 children, which is great! It meant that the adults were mostly aware of what the children were up to, and if they weren't, some one else was! It was a very controlled, well behaved day.

In total, it was a good day, little A had his moments, all of which were easy to deal with. It was just me and him, so I could talk him down.

After today, I think I will be more willing to try another trip. With careful planning, and constant encouragement and reminders, I think we could do it. I still don't think I could manage it with all 3 on my own, as RJ is finding everything difficult at the moment, which is hard work unless there's another adult to help.

I thought I would leave you with some pictures from today: 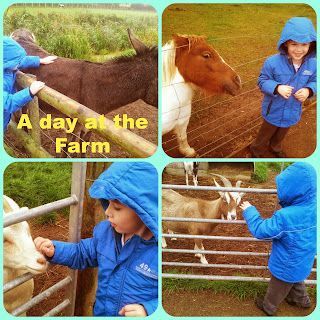 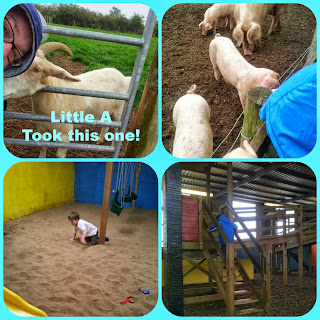