my kids and big cheese!

Oh dear lord I'm exhausted this week!! OH has been away all of 5 days and I'm EXHAUSTED!

My eldest has all the go of a very tired sloth. During hybernation.

My middle boy is his usual bundle of......well I'm not really sure what.
He spends half his time lazing on his big brothers bed, playing xbox games.
The other half is spent nagging me to go out.

He's only just started going out alone, we live fairly close to a lot of family so there's nearly always eyes on him. However he's frighteningly unaware of the dangers out there, dangers other children of his age understand. He doesn't see that people lie, or that when someone asks to 'borrow' his scooter, that's not always what they mean.
You get the picture.
So, why do I let him out, you ask? Luckily he has a friend who's mother is equally as cautious. So they are only allowed as far as the local park, both with their cheap mobiles, so we can get in touch. Luckily this is a massive adventure to them and my trust in both the boys has been growing daily.

My youngest boy has been a bottle of pop!
I'm not sure if its the complete upheaval of the normal household routines, the hubby's not here...but the boys are!
He isn't sleeping, so I'm not sleeping!!  Normally me and hubby 'tag team' him when he's like this, but no hubby means he's running amok.

Today though we went to the big cheese, thanks to local authority and the Caerphilly children's centre, we were given a letter that allowed us in before it officially opened. It was fabulous, I've not been for years as its a little overstimulating with the large crowds. With the letter we received, we could go for an hour before it opened officially to the public and given free refreshments before the park and ride bus returned us to our cars just outside of town.

There were a wide variety of shows, suitable for all ages and levels of lunacy!
All three of my children were well catered for. When it opens officially there will be various stalls and live events, plus of course the Big Cheese race. 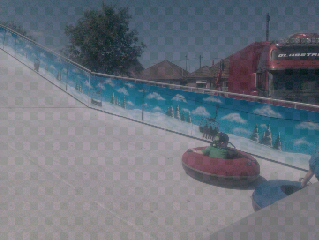 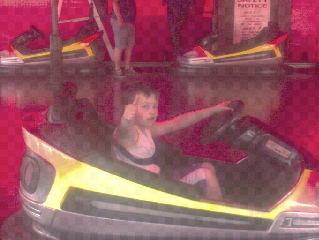 So for anyone at a loose end this weekend I would recommend it, as you can see my two youngest were happy.

From a very knackered but happy
xojox